Abstract:
Most of diseases such as tonsillitis, breast cancer, femur osteoporosis and so on are needed to detect in early state, since they are too late to cure in last state by current medical technology. However, conditions of patients in early state might not indicate any severe pains. It is hard for medical doctor to correctly diagnose patients in early state. Moreover, we have problems of medical doctor shortage in remote countries so that automatic expert system is really needed not only for assisting doctor to diagnose but also for working as mobile doctor at home.

This talk explains how to employ signal-processing techniques in creating an automatic medical doctor. For instance, in tonsilitis, red color, uvula size, and tonsil size are employed as features for a Fuzzy model to determine early-stage tonsillitis. In breast cancer, we use wavelet packet as filter to cut signal of background, and edge detector to eliminate noise in order to detect calcification that causes breast cancer in the next stage. In femur osteoporosis, edge is detected on x-ray image of bone by canny edge detection with Guassian convolution, contour of bone is then detemined by Snake algorithm. Bone mineral density (BMD) is finally found by comparing brightness in the contour with reference iamges. The BMD is useful to diagnose femur osteoporosis.
To evaluate the proposed techniques, we have performed experiments with tonsillistis images, mammogram, and x-ray images of bone. The results reveal 82%, 82.19%, and 82.5% accuracy for tonsillistis, calcification, and bone mineral density respectively. The results should be carefully disscussed in true and false positive errors in term of developing diagnosis assistance instruments in the future. 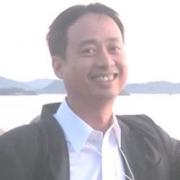 About the speaker:
Kosin Chamnongthai currently works as professor at Electronic and Telecommunication Engineering Department, Faculty of Engineering, King Mongkut's University of Technology Thonburi (KMUTT), and also serves as editor of ECTI e-magazine, and assoc editor of ECTI-CIT Trans since 2011 until now. He served as assoc editor of ECTI-EEC Trans during 2003-2010, associate editor of ELEX (IEICE Trans) during 2008-2010, and chairman of IEEE COMSOC Thailand during 2004-2007.
He has received B.Eng. in Applied Electronics from the University of Electro-communications, Tokyo, Japan in 1985, M.Eng. in Electrical Engineering from Nippon Institute of Technology, Saitama, Japan in 1987 and D.Eng. in Electrical Engineering from Keio University, Tokyo, Japan in 1991. His research interests include image processing, computer vision, robot vision, and signal processing. He is a senior member of IEEE, and a member of IPS, TRS, IEICE, TESA, ECTI, and EEAAT. 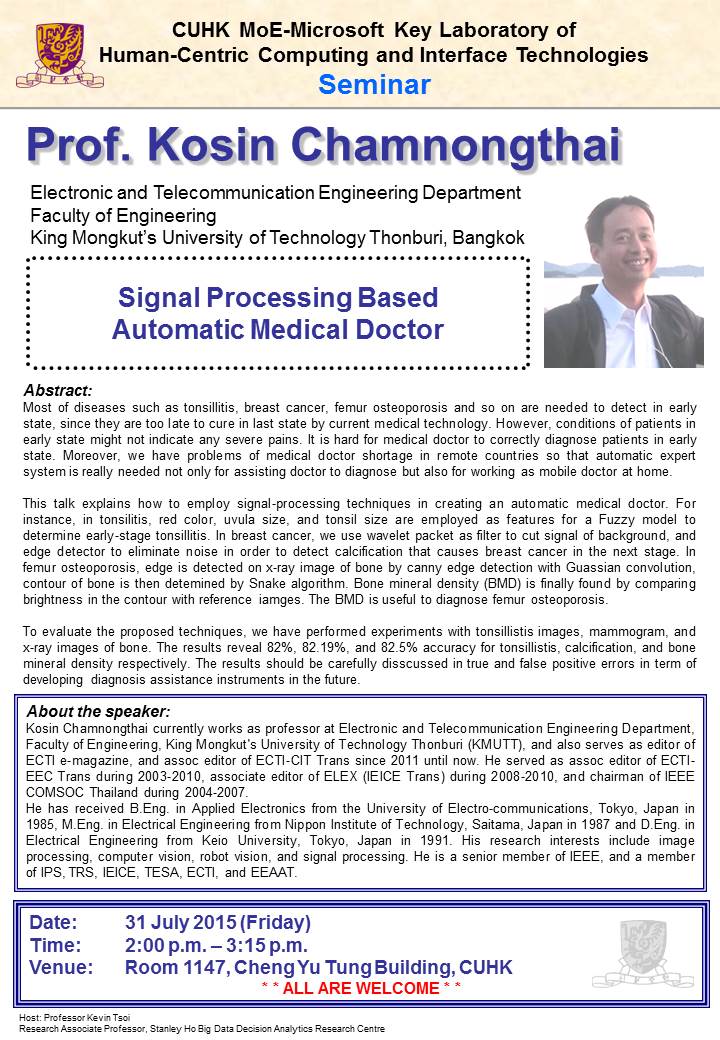 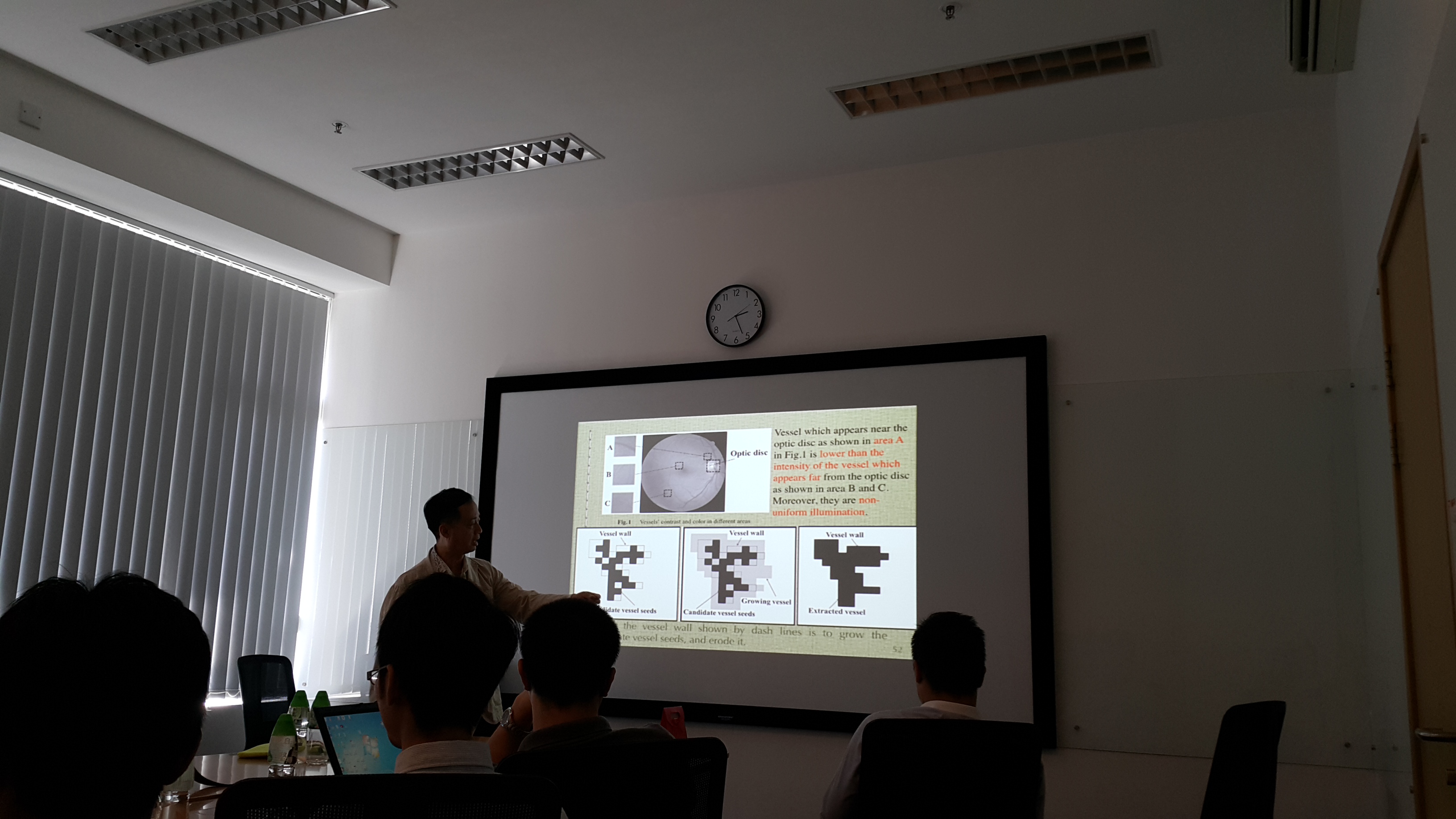 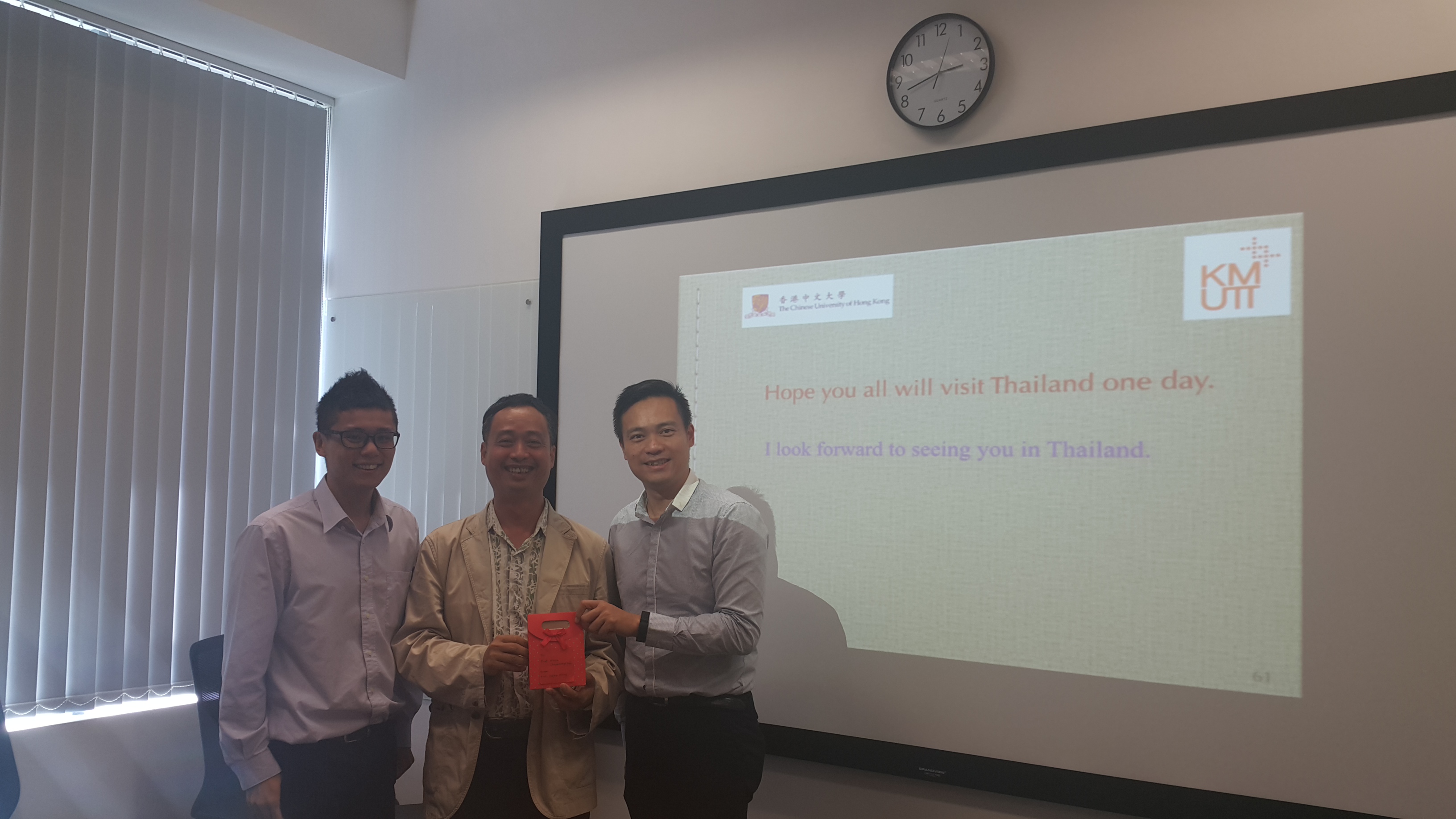