Abstract:
Visual saliency plays an important role in the human vision system (HVS) and finds applications in object detection and segmentation and scene analysis. Many visual saliency detection algorithms have been proposed in the last two decades. Each method has its own strength and weakness. In this talk, we first present a novel saliency detection framework by fusing multiple state-of-the-art saliency detection models together, which include transformation, classification, and probability density based methods. Then, we propose a new Conditional Random Field (CRF)-based graph model for salient object segmentation. With this segmentation model, we extract local low-level features, such as output maps of several saliency models, the gradient histogram and the position of each image pixel. We train a random forest classifier to fuse saliency maps into a single high-level feature map with the ground-truth labels. Finally, both low- and high-level features are fed into the proposed CRF model to learn model parameters. The segmentation results are evaluated by two metrics: the region accuracy and the contour accuracy. Extensive experimental results are given to compare that the performance of the CRF-based salient object segmentation model with other state-of-the-art techniques. 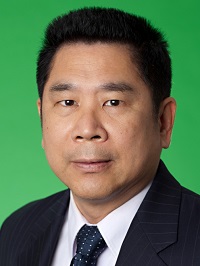 About the speaker:
Dr. C.-C. Jay Kuo received the Ph.D. degree from the Massachusetts Institute of Technology in 1987. He is now with the University of Southern California (USC) as Professor of EE, CS and Mathematics. His research interests are in the areas of digital media processing, multimedia compression, communication and networking technologies, and embedded multimedia system design. Dr. Kuo is a Fellow of AAAS, IEEE and SPIE. Dr. Kuo has guided about 115 students to their Ph.D. degrees and supervised 20 postdoctoral research fellows. Currently, his research group at USC consists of around 30 Ph.D. students (see website http://viola.usc.edu), which is one of the largest academic research groups in multimedia technologies. He is a co-author of about 200 journal papers, 850 conference papers and 10 books. Dr. Kuo is a Fellow of AAAS, IEEE and SPIE. He is Editor-in-Chief for the IEEE Transactions on Information Forensics and Security and Editor Emeritus for the Journal of Visual Communication and Image Representation (an Elsevier journal). Dr. Kuo received the National Science Foundation Young Investigator Award (NYI) and Presidential Faculty Fellow (PFF) Award in 1992 and 1993, respectively. He received the best paper awards from the Multimedia Communication Technical Committee of the IEEE Communication Society in 2005, from the IEEE Vehicular Technology Fall Conference (VTC-Fall) in 2006, and from IEEE Conference on Intelligent Information Hiding and Multimedia Signal Processing (IIH-MSP) in 2006. He was an IEEE Signal Processing Society Distinguished Lecturer in 2006, a recipient of the Okawa Foundation Research Award in 2007, the recipient of the Electronic Imaging Scientist of the Year Award in 2010, and the holder of the Fulbright-Nokia Distinguished Chair in Information and Communications Technologies from 2010-2011.